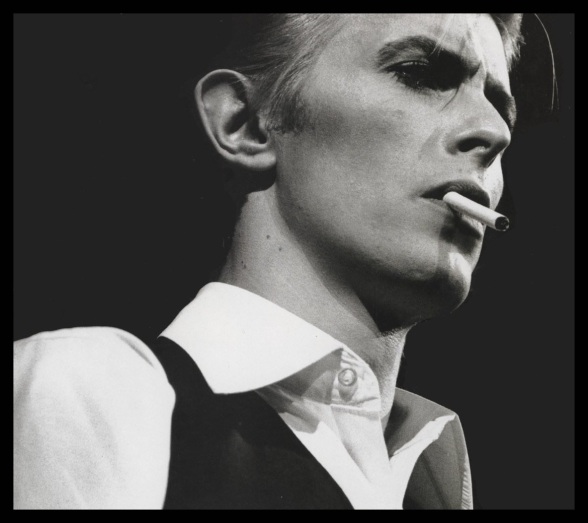 It is hard to comprehend, as there have been a number of timeless musicians that have been lost in recent years, that only one has taken me to a state of pure shock and having to take time and morn their passing.  Some of recent note that gave me pause and reflection would be Lou Reed, Tommy Ramone, and B.B. King.  Voices and distinctive sounds that have been along for the ride through out my life.  Even more recently, Scott Weiland passing stung somewhat, as Stone Temple Pilots was a leading soundtrack for me for a chunk of time.  I even briefly met him one night at the Borgata in Atlantic City, having no knowledge that Velvet Revolver was playing there that night.

Those artists were are all, in the periscope of my musical reference, dwarfed by the loss of Kurt Cobain.  As Nirvana was a strong presence in a pivotal point in my life where discovering all kinds of music, along with learning to play the guitar and piano.  It was such a system shock, that for me, it had the same effect as previous generations had when Kennedy was shot or Elvis passed.  That effect of a moment in time frozen in memory or your personal timeline of exactly where you were and what you were doing when you found out. Yes, I was alive when Elvis left us, but at 2 months old, it didn’t quite hold the same gravity as the voice of your early teenage years.  For reference, I was cutting the grass at my mothers house, and listening to DC 101 on a yellow, Sony tape Walkman when Cobain’s death was announced.  I was quick enough to click record on the tape player to record the interviews and snippets DC 101 had assembled, which at that time, gave the impression to be a suicide.  That said, Cobain was just a few power chords on the musical road that has been traveled.  Yes, the music was important and changed the landscape at the time, but not eternal, it never was able to quite reach a permanent place.

Eighteen days ago, we lost someone who truly transcended all, pun intended. 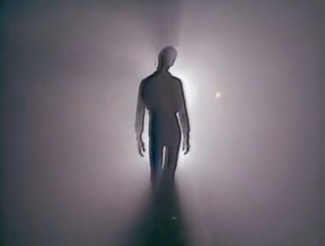 Accepting his passing has been not possible just yet, there is a need to make peace with it.  That notion is hard to understand when I have never met David Bowie in person.  But Bowie, was been there from day one.  His music was so different, unforgettable, and era-less to me.  With Bowie, it was far more than just the music, he brought the theatrical visual impact that no one else had done before that really made everyone notice.  The completely unique looks, with a kind of operatic sound to his voice, along with some real messages in his lyrics that made you pay attention.  He kept producing something not of the expected or always understood.  To add to all of that, for him to be an actor was even more of a factor that created this image.  As a kid, Labyrinth, scared me somewhat, causing it to be ingrained in my memory. In some ways, he is like a Stanley Kubrick character that lived among us. 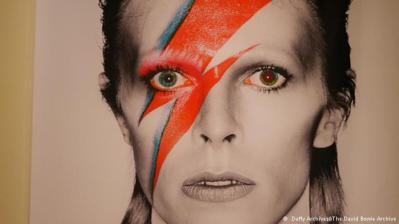 Even if he was not always understood at the time, I was learning what androgynous meant through Ziggy Stardust, along with how an artist can keep going through Changes while staying on top, and how a man could wear make-up in an effeminate nature and be taken seriously or look so different from one album / era to the next.  The on going saga of Major Tom is powerful, as no other artist that I know of, before or since, has kept a consistent narrative or character over a stretch of time.

David Bowie, to me, was far more than just one artist as Freddy Mercury was really introduced to me through Bowie, as well as Bing Crosby, Trent Reznor, Lou Reed and Brian Eno (both also through U2) Iggy Pop, Arcade Fire, and even Franz Ferdinand.  Taking a moment to step back and realize that is just unreal. 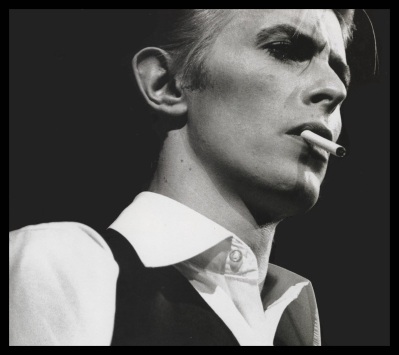 While many people may interpret some of his songs, you would think he emulating other great artists of his time.  But, in reality, I feel like he may have out did those who he emulated at their own style, or you have to question if they took their queues from him.  Almost as if he accidentally surpassed them at their own game due to superior talent or creativity.  I find it impossible to try not to hear Iggy Pop in Queen Bitch, or the Rolling Stones in Suffragette City, or Billy Joel in Lady Stardust, and especially the Beatles in Oh! You Pretty Things for a few examples to ponder. 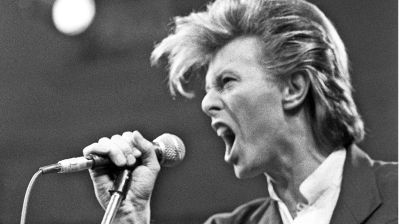 The Challenger explosion was another moment frozen in my timeline, but there was no real human connection to those that were lost, outside of the knowledge of Christa McAuliffe was a teacher, so all the 3rd grade classes were tuned in to watch the launch and maybe catch her give the first lesson from space.  The irony is not lost on me that 30 years ago today, the Challenger was lost, and I am choosing to put down my feelings about someone who was not really of this earth and told us stories about Major Tom, a Starman who lived a life of Space Oddity all while wondering if there is Life on Mars.

One interesting question I heard in my head, was what would be my answer if Arthur ever asked me what would be the best song to describe David Bowie…. which one really was his sound & voice that was like no other?  I wouldn’t know where to start, though Heroes might close.  A self-inflicted impossible question, as you can not tell someone what color their chameleon is, but Bowie was the opposite of a chameleon.  He stood out, he was so far out there, it was impossible to ignore what he was doing. 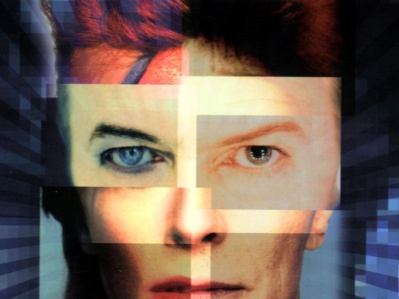 This is not meant to inform who he was or how great he was as a complete artist.  This is my way to say so long, by simply putting the thoughts down on “paper” and come to terms with his death.  I feel, in a way, that I need to thank David Bowie, for all the music he gave us, the other artists he introduced me to, the lasting images, and for simply creating many things that will last with me for the rest of my life.  From the spiritual perspective, it is as if David Bowie is finally where he was always meant to be, among the stars…..

Dates I wrote something..

The see who still gives a shit day